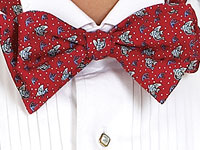 Earlier today Adam unleashed his fury upon the shootout after Team USA’s loss to Canada in the World Junior Championships, which ended earlier today by North Dakota’s Jonathan Toews. (Singlehandedly might I add thanks to the IIHF’s ridiculous “you can shoot all you want” rule, but that’s a different rant.)

I’m in the camp that shootouts should never EVER be used to determine the champion of any tournament, that even means you World Cup. There is nothing more exciting than sudden death overtime and that’s the way it is. Unfortunately you’re not going get that green lighted by any sport that plays a grueling sport such as hockey in the regular season.

While I tend to agree with Adam usually, I’m on the opposite side of the red line on this one. I think shootouts are great for regular season hockey. Nothing burns me more through the 82 games of the NHL season and the 35+ games of college hockey than sitting through 65 minutes in a tie. It is simply unsatisfying. The question is there a middle ground? Do we start with 4 on 4? Then go 3 on 3? Do we go NHL style and give a point for the tie, but an extra point for the shootout win? After each shot does the goalie have to remove an article of padding? I don’t care how you do it, there’s gotta be a winner.

And one more thing, if you think ties are great, tell me after you see little Timmy after a 1-1 tie. He’s not exactly jumping up and down telling Grandpa about how the Gophers pulled out a 1-1 tie, don’t let anyone fool you. Timmy would rather see Phil Kessel roof one on the seventh shot and go home a winner. Purists will pick on me but hey I got two points not one. Bottom line. Ties suck. People like winners.